Though the town of Hamilton has always had a square, the first courthouse was not erected until 1878. Before that time, Hamilton Courthouses have included:

The first courthouse, costing $11,559, was built of native stone in only 8 months and opened March 11,1878. It was destroyed by fire in February 1886. In 1887, the second courthouse was built and still stands with some additions and restorations.

In 1932, the addition of wings and a bell tower made up the center of the building. The Hamilton County Courthouse is the only one in the State to have crenellated towers. In 2013 the building was restored to its 1930s Art Deco form. 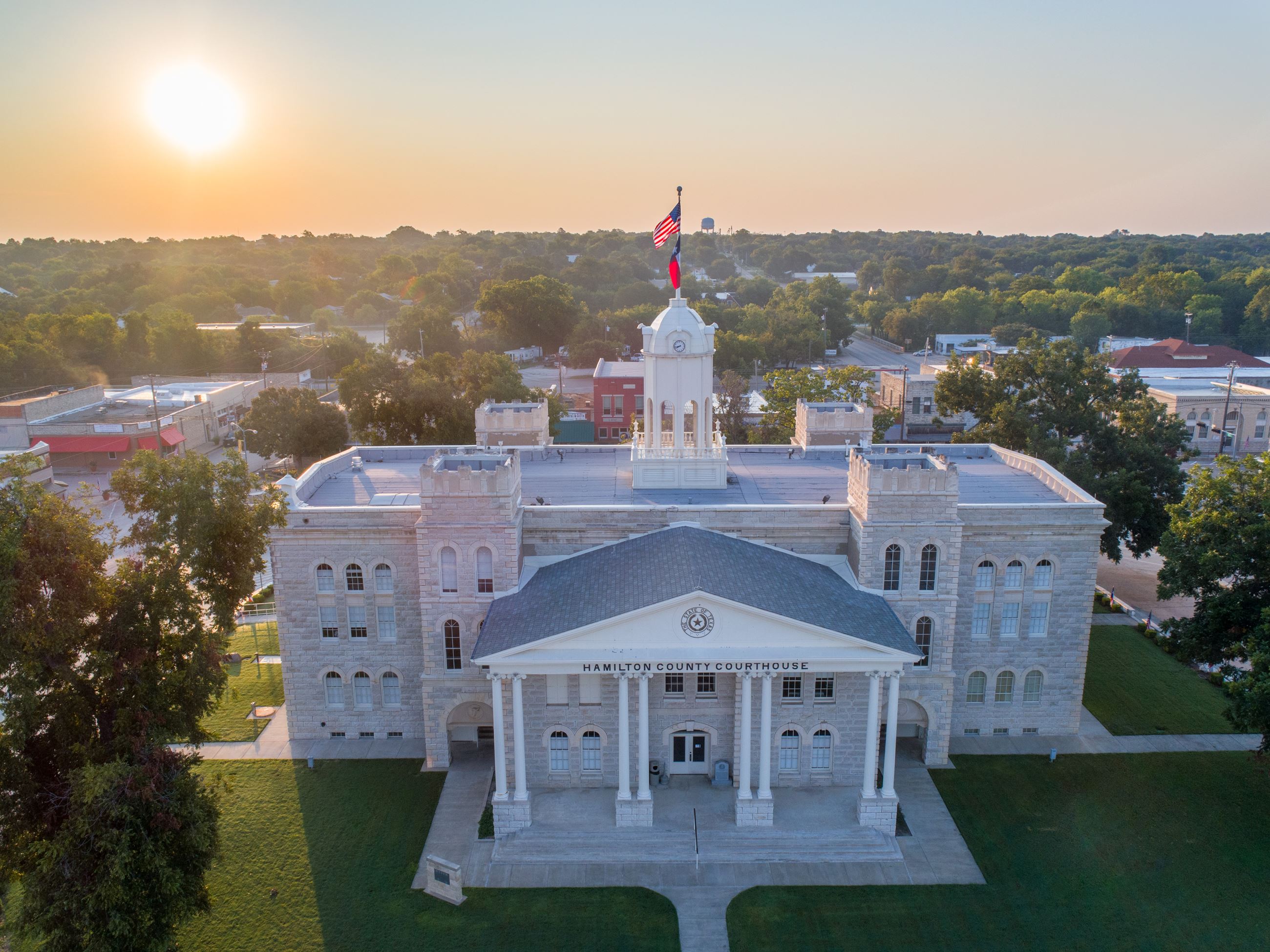